A look into how traditional neighborhood developments turn your town into a home.

First, let’s go back around 80 years to life in America after World War II. During this period, things such as the GI Bill, the baby boom, the increased affordability of automobiles, and the large-scale housing projects built on the outskirts of existing cities contributed to what we call “urban sprawl,” or the migration of folks from big cities to single-family homes often separated by roads, landscaping, and long expanses of land. These ideas might conjure within us the iconic rhetoric of the “American Dream,” or the notion of 2.5 children, a pet, and a picket-fence. While this long-surviving concept was first an item of praise and then a sign of conformity, early suburbia’s promise of a cookie-cutter life personified a sort of affluence that became highly attractive to the generation who had recently survived two world wars and the Great Depression. So, after the war, the industries which had mobilized the Allied victory turned their focus inward to propel the previously mentioned and eventual causes of urban sprawl. Among the many detriments to come from this—like the loss of agricultural lands, an increase in distance between home, work, and leisure places, and an increase in pollution due to distance—is the loss of a sense of place, or, as coined by James Howard Kunstler, “the geography of nowhere.” This is, in the last 20 years, perhaps what traditional neighborhood developments have most sought to change: turning “nowhere” into “somewhere.” And they have done just that.

To create an analogy, creating a town for planners is like making a cake for bakers.  Suburbia has the ingredients: people, houses, sometimes community centers, cars, and roads which lead the cars out of the neighborhood to the desired destination—work, school, the grocery store, church, piano lessons. To bakers, this is the equivalent of eggs, butter, flour, sugar, and utensils lined up on the table. But to bake a cake, the ingredients must be more than present—they must be mixed. So, too, do the ingredients of the suburbs need to be combined to create a town. In the simplest of terms, this comparison displays the difference between a conventional suburban development and a traditional neighborhood development. When people, houses, businesses, schools, roads, and parks are integrated—the “mixed” in “mixed-us —” a town is born. This is the creation of “somewhere,” a place not isolated by gates or roads but open and accessible to all. Again, traditional neighborhood developments do not necessarily subscribe to the cookie-cutter homes of the suburbs: a doctor can live next door to a teacher; a lawyer down the hall from an author. And, further again, a town is sustainable and self-contained in that most immediate needs can be met without having to commute. Ultimately, the concentration of homes and necessary establishments forges a sense of connection, better-allowing things like the stimulation of the local economy through shopping small businesses and supporting the community through events such as annual holiday celebrations.

A town’s sense of connection and community is certainly facilitated by its residents, but on a more basic level, it is first rendered by the careful planning and construction on the part of its developers. For a town to be a successful pedestrian-oriented development, many complex design and planning problems must be addressed. For a town to be effective, “synergies,” or positive relationships between multiple agents must be created and designed to work both vertically and horizontally. Synergies in a traditional neighborhood development be seen in vertical mixed-use buildings, such as those that have apartments above shops and offices. This is an example of one of the many characteristics of a traditional neighborhood development—also including a variation in housing type, a well-planned and connected system of streets, and conveniences such as places of worship, parks, schools, and pools—all of which will be discussed in a later series of articles revolving around traditional neighborhood developments. 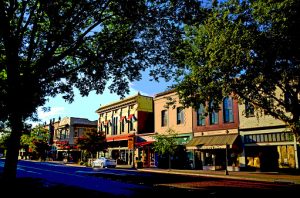 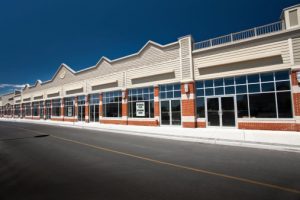